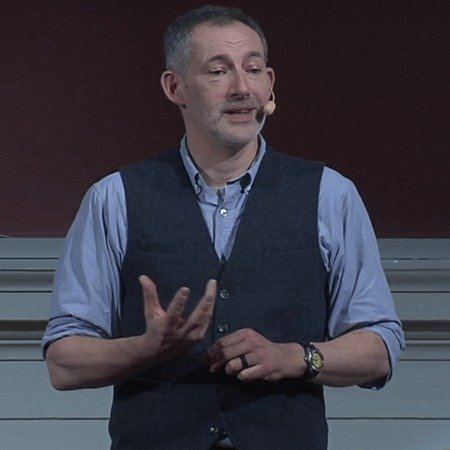 CEO & Co-founder of the Agripreneurship Alliance, who grew up in a farming family. Steve, has professional background in community development and education with a focus on preparing young adults to enter the workforce and societies in conflict.

Steven Carr is the CEO & Co-founder of the Agripreneurship Alliance. He grew up in a small market town in North Yorkshire (UK) with family and friends engaged in farming and the agri-food sector. As a young man he worked in sheep farming and horticulture and his immediate family were butchers and meat/dairy inspectors. His professional background is in community development and education with a focus on preparing young adults to enter the workforce and societies in conflict. This work has been supported by postgraduate studies in Community and Youth Work (St Martins College), Education and Contemporary Studies (University of Ulster) and Africa and International Development (Edinburgh University). He has worked with young adults in rural and urban settings in Northern Ireland for over 20 years and left the position of Senior Youth Officer with a Local Education Authority in 2013 to move to Switzerland to support his wife’s career. He has also spent time living and working in Zambia, and has participated in intensive short-term projects in such places as Cambodia, Israel/Palestine and Senegal. While in Switzerland he was able to bring together his early background and professional training while working for ‘Norlha’, an organisation supporting community development through agriculture and agribusiness in Nepal, Bhutan and Tibet. In 2015 he was commissioned as an independent consultant tasked with under-taking research for Nestle on Agripreneurship in SSA, leading to a report on “An Exploration of Agripreneurship, Scope, Actors and Prospects” (2016). In 2017, he co-founded the ‘Agripreneurship Alliance’ and have been active working with Dr. Anne Roulin and colleagues in East Africa to encourage and support entrepreneurs in the African agri-food sector. He has been instrumental in developing the ‘Entrepreneurship in Agribusiness’ course which is now offered through several universities in Kenya, Somaliland and Uganda and is a part of the Go Gettaz Agripreneur Prize Competition 2020.